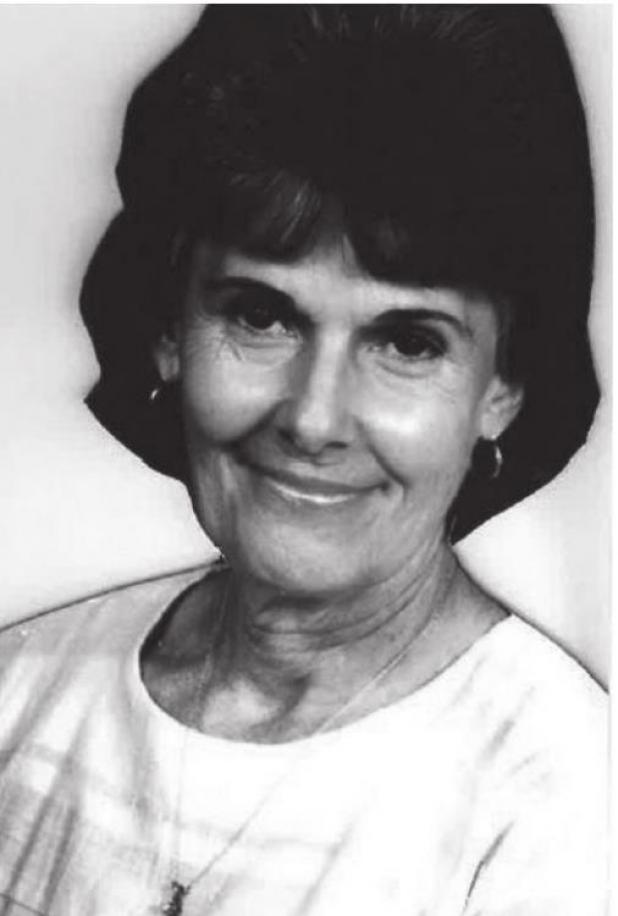 Gail was born June 30, 1930, in Wood River, Illinois to Leroy and Dorothy Conner. She was a gifted and talented artist from an early age.

She was a graduate of East Alton-Wood River High School where she met the love of her life, Edward Dale Howden. Eddie and Gail were married November 25, 1949 at St. Bernard’s Catholic Church. They were married 49 years and raised four sons.

In 1959, the family moved to Corpus Christi, Texas. For several years Gail worked as a display artist for Lichtenstein’s Department Stores. She was an accomplished artist in oil painting, floral designs and banners for her church. Some of her favorite themes were seascapes, the desert and nature.

Gail was devoted to her family and prayed for them daily. She was her family’s beloved Grammy.

Gail was preceded in death by her husband, Eddie and her sister, Jean Hill.

A private Graveside Service will be held at Prairie View Cemetery in Aransas Pass.

In lieu of flowers, the family request donations in memory of Ellen Gail Howden be made to your local food bank.

The family wishes to extend their gratitude to the caregivers of Brookdale Trinity Tower Holmgren Center and Harbor Hospice.

Online condolences can be made at: www.charliemarshallfuneralhomes. com