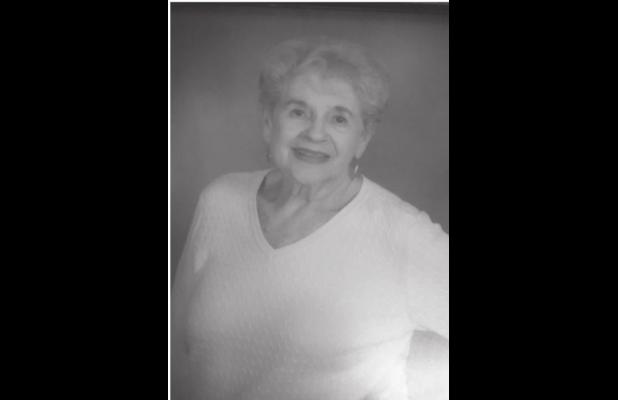 Joy “LaVearl” Gopffarth, a life-long resident of Ingleside, died Friday, May 8, 2020, peacefully in her home surrounded by her loved ones.

Born in 1933 in Corpus Christi, Texas, LaVearl lived the majority of her life in Ingleside where she graduated high school and then later spent 25 years as the beloved secretary at Ingleside High School. She was a devoted member of the Ingleside United Methodist Church.

LaVearl enjoyed bird watching and playing dominoes. She was also a true blue supporter of the Fighting Mustangs.

Most Friday nights you could find her, Jim, Shirley, and Herb at whichever Mustang sporting event was in season.

More than anything else, LaVearl loved her family. Whether it was finding a reason for family to gather for large family meals or making sure the freezer was always stocked with ice cream for her grandchildren, she was an adamant caregiver. You never entered her home without being offered something to eat and she was never ready to see you leave.

She is survived by her children and their spouses, Brady and Dee Redford, Suzanne and Donnie Frels, Lori and Gerard Vice, Jim and Sheri Gopffarth, Lance and Colette Gopffarth, Neil and Mariah Gopffarth, Phillip and Shannon Gopffarth, her beloved sister and best friend, Shirley and her husband Herb Wiginton and their three sons, along with 15 adored grandchildren and 11 great-grandchildren.

Due to the current public health concerns, LaVearl will be laid to rest with a private burial. A Celebration of Life ceremony will be announced at a future date.

Online condolences can be made at www.charliemarshallfuneralhomes.com Arrangements entrusted to